How is Easter celebrated around the world? 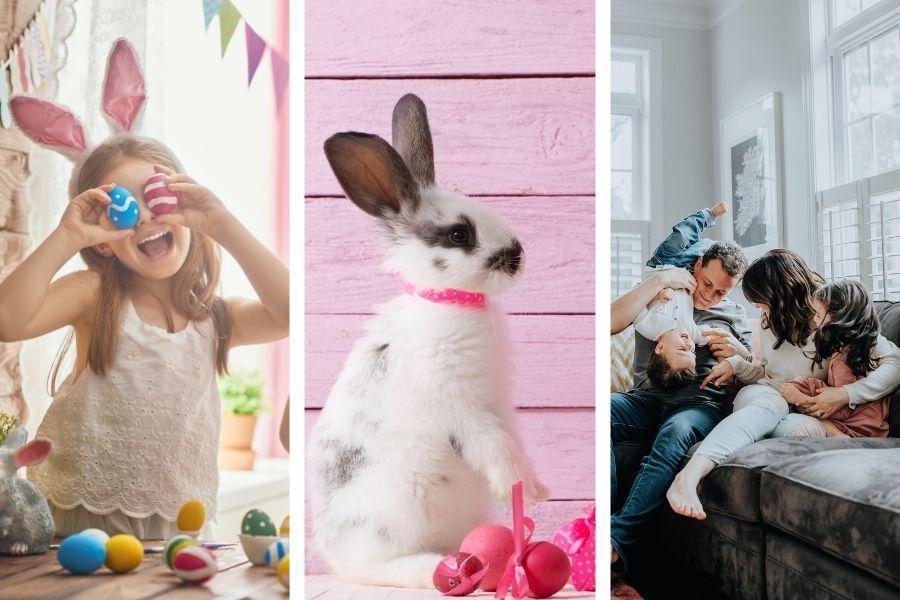 Easter is celebrated by so many of you around the world and there is so much symbolism that we associate with it, from chocolate eggs to rabbits. But do you know why we go on Easter egg hunts, or dress up as the Easter bunny?

We’re here to answer all your Easter-related questions, from its traditional Christian roots to modern-day traditions all around the world. Let’s take a look at:

The origins of Easter

Easter is the most important festival of the year for Christians. It tells the story of Jesus Christ’s crucifixion and his resurrection three days later.

The earliest known celebration of Easter dates back to the 2nd century, although it’s thought that Jesus' resurrection was likely marked before this.

When is Easter celebrated?

Many of you will celebrate Easter, so you’ll know that Easter Day falls at the end of Lent, which is 40 days – not including Sundays - after Ash Wednesday.

The date of Easter Sunday has been somewhat controversial throughout the history of the festival. Originally, it was celebrated on different days depending on whether you lived in the East or West.

Those of you who have lived or are living in Asia, will mark the day of the Christ’s Crucifixion on the same day that Jews celebrated the Passover offering. This is the 14th day of the first full moon of spring, also known as 14 Nisan in the Jewish calendar. Jesus’ Resurrection was observed two days later, on 16 Nisan, whichever day of the week this happened to be.

In 325 AD, it was decided that Easter should be observed on the first Sunday following the first full moon after March 21st (the spring equinox). And, this is how it has remained: Easter Day can fall on any Sunday between March 22nd and April 25th. [Britannica]

The origins of Easter celebrations

Like many modern-day celebrations, Easter has a lot of traditions. Most of these aren’t to do with the Easter story directly, but more to do with folk customs that have continued over the years.

Easter lamb comes directly from the Bible: “Behold the lamb of God which takes away the sins of the world,” (John 1:29), which in turn is symbolic of the lamb’s sacrificial role in ancient Israel.

Lamb’s meat would be placed under the altar, blessed, and then eaten at Easter.

Eggs are a symbol of Jesus’ resurrection. Decorated Easter eggs can be traced back to the 13th century. During Holy Week, the church instructed that eggs couldn’t be eaten, but chickens continued to lay eggs and these became known as “Holy Week” eggs. They were decorated accordingly.

But why chocolate eggs?

Over the centuries, real eggs began to morph into different kinds of eggs. From hollow cardboard ones that were hand-decorated and filled with gifts and chocolates in Victorian times, to the Fabergé eggs given to the Czar and Czarina of Russia - which are now worth millions of pounds (in case you have any lying around!).

Slowly, chocolate eggs began to appear too. This started happening first on mainland Europe before coming over to the UK. Initially, before milk chocolate was popular, they were solid and dark but as the process for molding hollow eggs came about our modern tradition was born.

It was JS Fry & Sons who produced the first hollow chocolate egg in 1873. John Cadbury, who went on to make quite a name for himself in the world of sweets and chocolate, soon followed and became the first to mass-produce them.

Easter egg hunts first became popular in the US in the 19th century. Since the early 1870s, children had gathered in the grounds of the White House on Easter Monday, the day after Easter Sunday. The crowds damaged the lawns, so First lady, Lucy Hayes, is thought to have sponsored the first official ‘Easter egg roll’ by inviting children to the White House lawn in 1878.

However, something you might not know is that certain historical records suggest that she did this in direct response to a letter from a young boy who had asked permission to do this in 1877. If true, lots of children across the world owe him a ‘thank-you’ as the tradition evolved into the Easter egg hunt we have all grown to love.

The Easter bunny is the Easter version of Father Christmas: he is thought to lay eggs then decorate and hide them. The idea began in Protestant areas in Europe as early as the 17th century but didn't become common until the 19th century. You may well associate Easter with a different character depending on where in the world you grew up as it is different in different countries: in Switzerland, for instance, it’s the cuckoo. [Britannica]

How is Easter celebrated around the world?

In the Czech Republic, local men and boys search for women and girls to whip with decorated willow switches. It’s not supposed to be painful; the idea is to encourage good health and beauty. But we’re not quite sure how that works either...

On Easter Sunday in some parts of Hungary, women dress up in traditional clothes and instead of being whipped, get splashed with water.

In Finland Easter could easily be mistaken for Halloween: children dress up as witches, grab their broomsticks, and go in search of treats.

In Haux, France, residents can be found making a giant omelette – made from more than 4,500 eggs – on Easter Monday. The Easter omelette serves over 1,000 people and is eaten for lunch, and dinner, and breakfast the following day.

Norway, too, embraces the darkness and turn to Scandi noir - a popular genre of crime fiction that is set in Scandinavia or Nordic countries - for entertainment. Television channels run crime shows and new detective novels are released just before Easter. If you’ve lived in Finland, you’ll know that the milk cartons even tell short detective stories! This tradition began with the unprecedented popularity of a 1923 crime novel that was set on the Bergen railway.

If you’d prefer to steer clear of the usual chocolate-based treats, here are some ideas for unique Easter gifts that you can give to the children in your life: