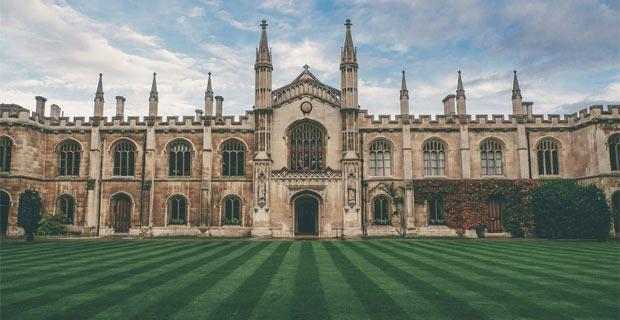 The University of Cambridge is one of the most prestigious and oldest universities the in the world. It was founded in the year 1209 and is considered the fourth oldest university. The other being the University of Oxford in the English speaking world, both these institutions have a lot in common. It is the history of these two universities that have made them so famous and respected the world over.

University of Cambridge came into existence primarily because of an incident that took place at Oxford. The scholars of that time did not have very good terms with the king. Because of this reason, when a woman was found dead in the city, two of the scholars of Oxford University were suspected and given a death penalty. This event created a great uproar in the city and the university started a protest to support those scholars. As a result, it got into suspension and the scholars were left with no choice but to leave the city and settle somewhere else.

The surrounding cities included Cambridge and some of the scholars that moved there founded a new institution to practice their knowledge. This institution later on received the title of a university and was given all the rights to discipline its own members. This happened in the year 1231 by King Henry III. Today Cambridge University consists of about 31 colleges and more than 100 academic departments that have been categorized into six schools.

In the beginning, only male students were enrolled into the university. But later on, colleges for women were also founded that were included in the University of Cambridge. Some of the early colleges for women were Girton College and Newnham College. These were founded in the late 1800s. Women only became full members of the university in the year 1948. When the university was founded, there were no professors to teach the courses. Instead, the masters who would have studied the courses themselves transferred the knowledge to the new comers. The university witnessed some massive growth after the year 1945.

Many legends and myths are popular about this university owing to its long and somewhat controversial history. Most of these stories are not true but they do propagate among new students who enroll into the university and start their studies. Today the city of Cambridge comprises of around 20% of student population that study at the university. The institution is divided into many sites and locations where different departments are taught. These include Silver Street, West Cambridge, New Museums Site, Addenbrooke’s and Downing Site.

The university buildings still hold a magical quality that attracts thousands of visitors from around the world each year. There are also museums that belong to the institution as well as amazing collections that will leave you amazed. These records are a treasure for the university as they reflect remarkable scholarly activities being carried out at the campuses. Its community of scholars is mostly self-governed, giving it an edge over other prestigious universities in the world.