Exploring the Pakistani Community in America 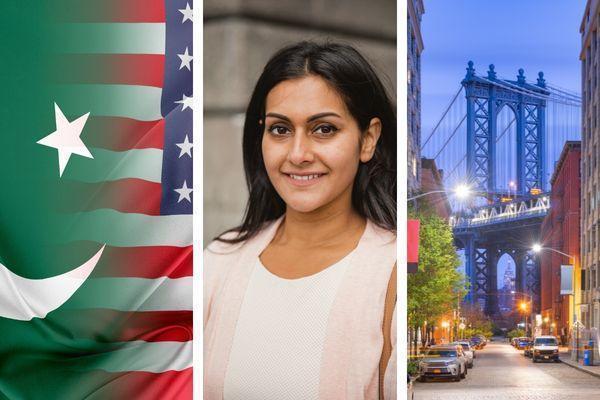 The U.S. Census Bureau estimates there were 554,202 US residents of Pakistani descent living in the country in 2019. Pakistani-Americans and Pakistani nationals living in America make up a considerable proportion of the U.S. immigrant population. Exploring the Pakistani communities in America is a chance to find out more about their history, the culture, contribution to the USA and much more. Below we’re going to explore:

The History of Pakistanis in America

The American Pakistan Foundation published a report, The Ties That Bind, that looks closely at Pakistani-Americans, their lifestyles and their contribution to the American way of life. The report found that 64% of Pakistani Americans have lived in the United States for ten years or more and the history of Pakistani people in America dates back many years.

The first generation of immigrants from the present-day country of Pakistan arrived in the USA between 1893 and 1917. They settled first in California and worked as contract laborers. The next generation of Pakistani immigrants arrived in 1947, after the creation of Pakistan. At this time, the USA opened up immigration quotes for the new South Asian states, and while more Pakistani people were welcome to migrate to America, numbers remained quite low.

Pakistani Professionals welcomed in the USA

Pakistani migration to the United States has increased significantly since the U.S. Diversity Program in 1990 and many people have joined their families in the country through family-sponsored programs too.

Where are the largest Pakistani Communities in America?

Like many immigrant communities, many Pakistanis have stayed close to the urban areas they first found work. The community is concentrated in major population centers, including New York City, DC, Houston, Chicago, Dallas Ft. Worth, Los Angeles, San Francisco, Baltimore, Philadelphia, Atlanta and Washington DC. The Pakistani influence can be felt in some areas, and the cultural diversity brought to cities already benefitting from different nationalities and backgrounds is further enriched by the Pakistani community.

The Many Languages of Pakistani-Americans

The American Pakistan Foundation report found that 72% of Pakistani-American households speak English at home. Many people migrating to the USA already spoke English, as Pakistan’s British Colonial heritage meant almost all Pakistani children were taught English in school. Urdu and English are both official languages in Pakistan. However, there are over 70 additional languages spoken in specific regions including Punjabi, Pushto, Sindhi, Saraiki, and Balochi.

Many Pakistani-Americans still speak multiple languages and can share this gift with future generations.

Multigenerational households and other Pakistani influences

Pakistani-Americans are overwhelming Muslim, though there are other religious groups within the community. This has meant they have faced tremendous challenges in the wake of September 11th and other extremist activities. Still, organizations such as the American Pakistan Foundation work hard to counteract prejudice and show the wider community the positive contribution Pakistan has brought to America.

Many influences from Pakistan have made their way into Pakistani-American communities. Pakistani-Americans make up the 7th largest ethnic group in the U.S., and their influence is strong and inspiring. Research consistently shows the Pakistani-American population work overwhelmingly in professional and managerial roles and benefits from a high level of education. This dates back to the 1965 immigration, where professionals from Pakistan sought their future in the United States. The American Dream is alive and well and is being passed down through generations.

The Flavors and Colors of Pakistan

Traditional Pakistani dress, culture, and food is also ever present amongst Pakistani-American communities. The rich flavors of Pakistan can be enjoyed on many busy sidewalks alongside other varied cuisines.

35% of Pakistani Americans live in multigenerational households. Multigenerational living is a commonplace occurrence in South Asia and also in other Asian states. The Pakistani community worldwide maintains a strong and impressive extended-family tradition. You will often find grandparents and their grandchildren happily sharing a home.

Many Pakistani-Americans send money back to relatives and friends in Pakistan. It is a common occurrence and very easy with Small World.

Small World maintains great relations with MCB Bank, one of the largest retail banking firms in Pakistan and this allows us to offer speedy and efficient transfers for all our customers sending money to and from the region.

Remember, all customers enjoy a FREE first transfer with our service.