Events in the UK that you cannot miss this August 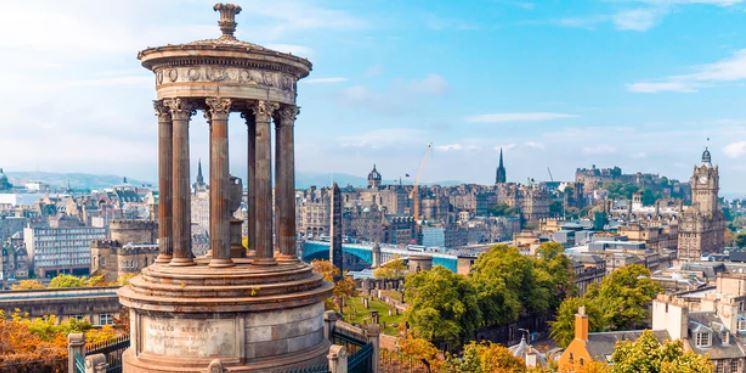 August is one of the busiest months in the UK, with tourists flocking from all over the world to attend the Notting Hill Carnival and Edinburgh festivals. As these two most-awaited events take place in the same month, it makes August the best time to visit the UK. So if you’ve been yearning to visit your friends and relatives in the UK, then you know which month to pick. Here’s a quick guide about the two most-awaited events in the UK.

​The Edinburgh festival, better known as ‘The Edinburgh Fringe’ or ‘The Fringe’ is a combination of eleven festivals that take place in Edinburgh, Scotland. Since it was first organized in the year 1947, these events offer a unique platform for countless artists from all over the world to showcase their talent and skill.

In fact, the Edinburgh Fringe is just one out of these eleven festivals and is a light-hearted event that includes comic stand-ups, plays and a host of other entertaining performances, which are mostly free. So, yes, you may not have to pay anything to watch these shows, but making a small donation towards the end of the show would be appreciated. What’s exciting about August is that five out of the eleven Edinburgh festivals take place during this month.

During this period, the Edinburgh castle is all set to act as the quiet but enchanting backdrop to the mesmerizing Royal Edinburgh Military Tattoo, known for its lively, yet noisy drums and pipes. However, if you wish to get a taste of global diversity then you simply cannot miss the Edinburgh International Festival, which attracts participants from over 31 countries.

Now, the Edinburgh festival isn’t all about having fun, and also has a serious side to it — the literary Edinburgh International Book Festival held at Charolette Square. Not long ago, celebrated Author J.K Rowling, Al Gore, the Ex Vice President of the US and several other noteworthy dignitaries have addressed the crowd in this very festival. Another Edinburgh Festival which can be quite motivating and inspiring is the Edinburgh Storytelling festival.

​ Londoners end August with an eclectic mix of reggae and rum, which forms a larger part of the most awaited Caribbean-themed event — the Notting Hill Carnival. The event finds its genesis in the racist attacks during the year 1966, when Claudia Jones, a Journalist and Activist first organized this event. It brings out the best of the Caribbean culture, with music all over, people dressed in colourful costumes and a festive atmosphere.

As always, this two-day carnival would be held on the Bank Holiday and the day before that. This is usually the last weekend of August, and this year, it falls on the 25 th and 26 th of August. As Europe’s largest street festival, the Notting Hill Carnival attracts millions of visitors from all over the world. However, this event has always made headlines for locking horns with the authorities, but is undeniably one of the best events, with a chilled out atmosphere. Also, the smell of authentic Caribbean food is ecstatic and something that you’d not want to miss.

Where to stay in the UK, during August?

​Finding a place to stay in the UK can be nearly thrice as expensive during August, and that’s definitely not very exciting. Although booking your accommodation in advance may give you the assurance of a roof over your head, but that’s definitely not going to make it any cheaper for you. So, if you haven't already booked your accommodation and are keen on visiting the UK, during August, then here’s what you can do to better manage your costs.

It’s quite evident that you’d not be looking up for info pertaining to accommodation if you had a close friend or relative to offer you a free stay during August. So, here’s what you can do to find a safe accommodation — simply unleash the power of social media and put up a post seeking temporary accommodation. Don’t forget to put up your best offer, and for all you know you may find a friend’s friend or relative willing to let you stay over for some extra income.

​If you are travelling all by yourself, then you can considerably cut down your expenses by being part of the Couch Surfing community or some similar network, which lets you find reasonable accommodation with verified locals. Some people have found incredible hosts through these networks, who’ve help them get the most out of their visit.

Hostels are relatively cheaper, as compared to hotels and some of them even let you cook your own food, which results in additional savings. Although not the most luxurious option but it is okay to stay in a hostel, considering the lower costs and other benefits that come with it. After all, you aren’t going to be spending much time there and are going to need it only to freshen up and get some sleep.

Moreover, since hostels are cheaper, you can choose to stay closer to Edinburgh during the peak season, even on a tight budget, which helps save time and money. Considering that the UK adds close to 4 million people from across the globe during August, staying close is ideal for travellers.

Not very far from the Waverly Rail Station is the budget-friendly Euro Hostel which is ideal for those who don’t mind some simplicity. You can also explore other nearby hostels such as The Hostel Edinburgh, Kick Ass Greyfriars and our favourite Castle Rock Hostel, which is just a stone’s throw away from the Edinburgh Castle. To get the most out of your money, you can book your accommodation through Small World, which brings you low, or no transaction fee and the best exchange rates.

If you’ve made up your mind to head for the UK, in August, then you are in for a treat. However, remember that this is also the period when crime is at its peak, in this region. So ensure that you take all the necessary precautionary measures, especially if you are headed for the Notting Hill Carnival.