What do you need to know about the reconversion of the Venezuelan currency? 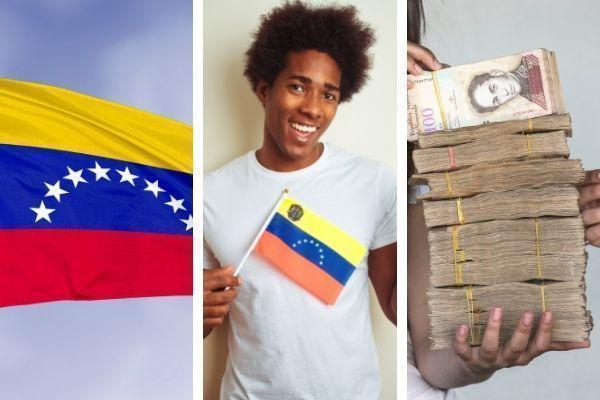 Venezuela is an amazing country well known for its vibrant culture: a mix of African, European, and Indian traditions that are often called criollo (Creole).

Over the past few decades the country has experienced turbulent times including the collapse of their economy. As prices for basic goods rose and the value of the Venezuelan currency fell, the population suffered greatly. The economic crisis has caused 5 million people to leave Venezuela and it is still one of the “largest forced displacements in the western hemisphere”.

However, with a very recent shift that allows private businesses to begin trading again there is a spark of hope. On top of this shift, the government has also rolled out a monetary reconversion as an attempt to improve the overall economy and stabilize their currency.

In this blog we’ll be exploring a number of topics to do concerning the Venezuelan currency, including:

What currency is used in Venezuela?

The digital bolívar is recognized internationally as VED and its symbols are Bs.D or Bs.

The history of the Venezuela Bolívar

Interestingly, the first known legal tender in Venezuela was pearls. Each pearl was valued according to its weight and they were the official method of payment between 1589 and 1620.

In 1844, the first coins — the venezolano — were introduced. They were minted in England and stamped with “Republic of Venezuela”. Made from copper, there were cents, half-cents and quarters.

The bolívar (originally VEB) was first used in 1879, and was equal to 4.5g fine silver. The gold bolívar was introduced in 1887, and in 1910 Venezuela used “the gold standard” as its monetary system, in which the value of its currency was directly linked to the value of gold.

Like most other countries, Venezuela stopped using the gold standard in 1930, when the Great Depression hit. So, in 1934 the exchange rate was fixed to the USD instead, at a rate of 3.914 bolívares to 1 USD. It was revalued to 3.18 bolívares to 1 USD in 1937. The bolívar Soberano was minted in the Casa de la Moneda in Maracay in Venezuela and has its own logo.

The economy of Venezuela relies heavily on petroleum, which makes up 80% of the country’s total exports. Relying on one product has been both a blessing and a curse: when things are good, they’re really good. But when global oil prices fall the impact on the economy is big.

At the beginning of the 21st century, Venezuela had the highest inflation rate of all the countries in Latin America. It was this that led to the introduction of the bolívar Fuerte (VEF) in 2008. The Fuerte was introduced at an exchange rate of 1 bolívar Fuerte to 1,000 bolívares. But another worldwide collapse of oil prices in 2014 resulted in hyperinflation, shortages of food and medicine, and political instability.

In response, in February 2018 the government introduced the “petro”, a cryptocurrency (like Bitcoin). Rather than being fixed against the USD, the petro’s value was tied to the price of one barrel of Venezuelan crude oil and strengthened by Venezuela’s reserves of gas, oil, gold, and diamonds.

As a result of the fluctuated nature of the economy and the bolívar in general, there has been a currency black market in Venezuela for many years. The black market value of bolívar (during its life as the hard bolívar, sovereign bolívar and the digital bolivar) has always been significantly lower than the fixed exchange rate set by the Venezuelan government. Under Venezuelan law, it is currently illegal to publish the “parallel exchange rate” in Venezuela.

In 2018, as a result of increased hyperinflation, the Venezuelan government cut five zeroes off the bolívar, and renamed it the bolívar soberano (“sovereign bolívar” or VES); 1 VES was worth 100,000 VEF. This process is called monetary reconversion and is an attempt to reverse the economic fortunes of the country and stabilize the currency.

Unfortunately, the reconversion in 2018 was not effective. Hyperinflation continued to occur and many throughout the country used US dollars and other currencies to conduct their personal and professional transactions.

With the bolívar soberano failing the government tried reconversion again in 2021. On October 1, 2021, the Venezuelan government launched their second monetary overhaul in three years by cutting six zeros from the bolívar currency and renaming it the digital bolívar (BsD). At the time of monetary reconversion 1 BsD equaled 1,000,000 BsS.

The redenomination led to currency speculation in the days following the decision. The exchange value fluctuated as a result, meaning that the Venezuelan currency lost 28.5 percent of its value in ten days. As well as an attempt to restabilize the currency, this monetary reconversion indicated that the Venezuelan government wanted to prioritize digital operations and minimize the risk of cash shortages.

The digital bolivar has a new series of five banknotes and a government issued coin that will replace the sovereign bolívar. Despite the name, there are no digital components to the digital bolívar that make it any different from the sovereign bolívar. Despite this monetary reconversion the economic situation in Venezuela is largely similar to how it was five years ago.

Now you know a little bit more about the Venezuelan economy you may be thinking about how you can support your loved ones in Venezuela. This is where Small World can help.

Small World is an international money transfer service helping millions transfer funds to their loved ones around the world everyday. We offer a number of safe, quick and easy transfer services to hundreds of countries. If you need to send money to Venezuela you can do so with Small World via our simple and secure bank deposit service.