What is an ABA transit number? 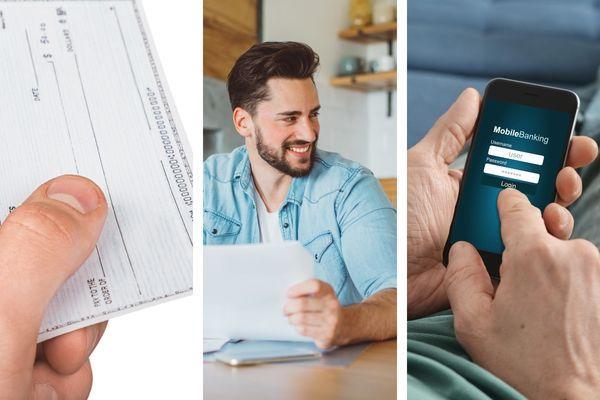 Looking to sort out your finances? Just starting to get your head around the U.S. banking system? If so, perhaps it’s time you became familiar with the ABA transit number.

The U.S. financial system is large, complex and often quite confusing. For immigrants who have just moved to the U.S. are looking to get their personal banking sorted out, there are a few hurdles to overcome. But don’t worry, we’ve got you covered!

In this blog we’ll be highlighting a number of topics to do with the ABA transit number in the United States including:

What is a routing number?

A routing number is a way banks and other financial institutions in the U.S. identify themselves. They usually consist of 9-digits, and depending on the context of the number, they will take on a different name, such as a Routing transit number, Fedwire numbers, Check routing numbers, or (the topic of this blog!) an ABA transit number.

In general, bank routing numbers are the digits used to process financial transactions. They can be used on physical checks as well as for electronic transactions like digital checks, bill payments, fund transfer and direct deposits. Beyond standard banking transfer, the Federal Reserve Banks use routing transit numbers to facilitate Fedwire fund transfers.

What is an ABA transit number?

As we’ve mentioned above, an ABA transit number is just one of the names given to a routing number which is used to identify particular banks or U.S. financial institutions. The ABA transit number is used as a nine-digit address for each bank. If you bank in the U.S. for any reasonable amount of time you are bound to get familiar with these nine-digit numeric addresses because they are important for any financial transaction.

Normally, the first four digits of the ABA transit number represent a bank’s physical location. However, this is not always the case these days with the number of mergers and acquisitions that occur in the U.S. every year. The next two digits indicate the Federal Reserve bank used to route the electronic transaction.

The seventh digit relates to the assigned Federal Reserve check processing center for the bank. The eighth digit identifies the Federal Reserve district in which the chosen bank resides. The final digit represents a complicated mathematical equation that is arrived at by using the first eight digits - it is a final safety measure to ensure the transfer is legitimate.

How to find your ABA transit number

Fedwire routing numbers can be found on the official website of the Federal Reserve Banks.

Where is a routing number on a check?

So you’ve found one of your bank-issued checks. But where is the routing number? This part is simple. The ABA transit number will normally be found in the bottom left corner of the check. It will be next to your bank account number, which sits in the middle. And your three digit check number will be on the right hand side.

Since ABA transit numbers were first introduced in 1910 to help identify specific U.S. financial institutions they have helped to reduce complexity, increase efficiency and make life easier for banks and ordinary people.

With a standardized system you can lessen the likelihood of confusion and mistakes for international or cross-state transactions. The verifiable nature of the ABA transit number has also helped to improve tracking and security in the world of online finance.

What is the difference between a Routing Number and an Account Number?

An ABA routing number and an account number are not the same thing. Often you will see the numbers used in conjunction or even placed side by side on a check but it is important to remember that they serve different functions.

An ABA transit number is used to identify a bank or financial institution. Whereas an account number is a unique eight to twelve digit number that represents an individual account that you hold at a bank. So, while both are important, they do not do the same thing. However, where you see your ABA transit number you are also likely to see your account number somewhere nearby (usually on a bank statement or a check.

What is an ABA transit number used for?

ABA transit routing numbers are primarily used for identification. They are used to identify banks when processing electronic payments, domestic checks or wire transfers in the United States. An ABA transit number is also used when a payment like a salary or pension is deposited into an account. They are used widely and constantly all across the U.S. by banks and other financial institutions.

If you’ve just moved to the United States and you're starting to think about your ABA NUMBER then you may need to send money back home to your family and friends. You can do this quickly, easily and securely with Small World.