Top Cultural Festivals in the US 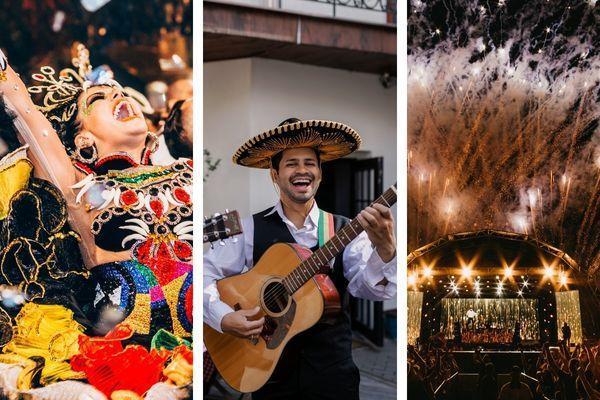 Cultural events are not only a chance for people from different backgrounds to celebrate their history. They are also an opportunity to share traditions and educate others about a different way of life and set of experiences. America is home to people from all corners of the planet, with unique communities in cities and states across the nation. We’re looking more closely at some of the most amazing cultural festivals in the US, delivering something exciting for everyone who attends. Below we’re going to look more closely at:

Mardi Gras is not unique to New Orleans, but it is one of the most famous and well-known Mardi Gras on the planet. This traditional Roman festival has grown in importance in New Orleans and has become a huge event that many travel to attend. It began when French settlers in the area began marking the holiday with street parties, masked balls and lavish feasts. The street parades and cultural celebrations give visitors a taste of traditional Creole culture and a chance to truly get together and celebrate community.

Not just named after the Irish capital, Dublin, Ohio, makes Irish culture a real celebration. The first weekend in August attracts over 100,000 visitors to the Dublin Irish Festival. The festival is a chance to explore the culture of the Irish community across eight entertainment stages. The festival includes food and drink, Celtic music, genealogy and masterclasses in a range of traditional Irish crafts.

Colombiano Fest is held annually in Houston, Texas. It’s a celebration of Colombia’s Independence Day on July 17th. It is a chance to explore and celebrate everything about Colombian culture. Activities include traditional music performances, arts and crafts and a wide range of amazing Colombian food and drink

Festivals Acadiens et Créoles is a three-day celebration of South Louisiana’s culture and heritage. It’s a chance to enjoy the flavours of the region and celebrate its music, arts and traditional craft. The Festivals Acadiens et Créoles formed from a range of local events, including the Tribute to Cajun Music and the Bayou Food Festival. Louisiana’s rich heritage makes for a fantastic celebration.

Every country around the world seems to have a celebration of all things German. Bavarian Blast is like Oktoberfest but unique to the German community in New Ulm. The weekend event takes place every July and brings together bands from Germany, a 10k race and a traditional parade. The New Ulm German community are rightly proud of their celebration and the chance to show off traditional Bavarian culture, food and, of course, beer!

The Cherokee National Holiday commemorates the signing of the 1839 Cherokee Nation Constitution. It is celebrated annually in Tahlequah, Oklahoma and has been celebrated yearly since 1953. Over 100,000 visitors attend each year and travel from around America to celebrate this huge annual event celebrating the Cherokee people. It takes place on Labor Day Weekend every year and gives Cherokee people a chance to celebrate and visitors to learn and explore more of their culture too.

America is home to people of all cultures and backgrounds. These festivals are a chance to remember and celebrate traditional customs and also educate the wider community. If you are attending any of these cultural events in the US, you may have connections in places like Japan, Germany, France, or Colombia. Small World offers a reliable money transfer service that allows you to send money quickly and safely to loved ones around the world.