Top Cities in the US for Ecuadorian Immigrants 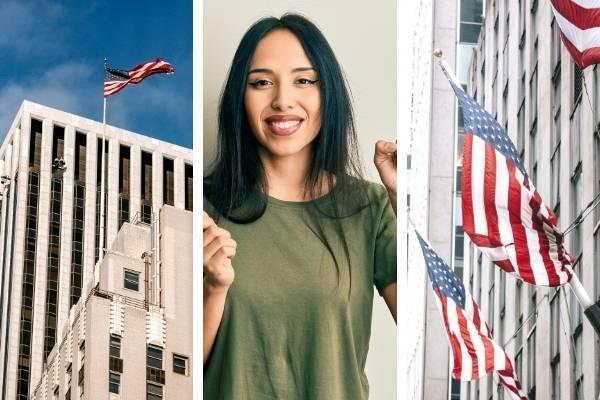 Are you thinking about moving to the United States? There are so many wonderful states, cities and areas to live in, but it may take some time to know which place is perfect for you and your family.

If you are from Ecuador you may also be wondering which US cities are the best and most welcoming for Ecuadorian immigrants.

Where in the US can you find pockets of Ecuadorian culture, people, food and music? Below we’ll explore topics to help you understand Ecuadorian immigration to the United States, including:

Firstly, let’s take a look at the top 5 cities in the United States that Ecuadorian immigrants need to know about…

Ecuadorians are the ninth largest Latin American group in the United States and many of these Ecuadorian Americans reside in the state of New York. More than 241,000 Ecuadorians live and work in New York, according to the Migration Policy Institute which is 39% of the entire Ecuadorian population in the US.

There have been several waves of immigration from Ecuador to the United States. During the 1950s and 1960s as trade relations grew between the two countries, more and more Ecuadorians began to make their home in the U.S., particularly in New York.

In the boroughs of New York City, like Queens and Brooklyn you can find Ecuadorian restaurants along avenues with names like ‘El Encebollado de Rossy’ and “El Sol de Quito”. Ecuadorian NYC is one of the City’s five largest Latin communities.

Westchester County, (not technically a city!) is the seventh most populous county in the state of New York and is home to a large population of Ecuadorian Americans. For example, Sleepy Hollow, a village located on the east bank of the Hudson River, has one of the highest proportions of Ecuadorian American residents of any community in the US.

Westchester County is a great center of Ecuadorian American culture and history. Every year Sleepy Hollow celebrates a Day of the Ecuadorian Culture recognizing the contributions Ecuadorians have made to the area and celebrating authentic Ecuadorian culture.

New Jersey is another hub of Ecuadorian culture. Around 18% of the Ecuadorian population in the United States live in New Jersey. And Jersey City in particular is a place where there is a thriving and enduring Ecuadorian community.

Ecuadorian culture is celebrated throughout the year in Jersey but particular attention should be paid to Ecuadorian Flag Raising day which takes place every May.

On the website for the Office of Cultural Affairs of Jersey City they note, when drawing attention to Ecuadorian Flag Raising day, that, “The Ecuadorian community of Jersey City, Hudson County and across the nation directly contributes to the vibrant cultural diversity and positive growth of our community, where they continue to succeed as citizens and serve as inspiring role models to others.”

There are also a number of fantastic Ecuadorian restaurants based in Jersey City like El Irazú, Ñaño Ecuadorian Kitchen and La casita Del Bolon.

There are over 20,000 Ecuadorians or people of Ecuadorian descent in Chicago, Illinois. Famed for its architecture, sport and art, Chicago is a great melting pot of cultures from all around the world. And Ecuadorian communities, that first emerged in the mid-twentieth century, are still part of this thriving mix of cultures and people.

Chicago is not too far away from New York, the center of migration for Ecuadorians for the last seventy years. And during the 1970s and 1980s as more Ecuadorians made their homes on the east coast, Chicago also became a major hotspot for Ecuadorians with restaurants, clubs and shops emerging along many of the city's avenues.

By the 1960s small communities of Ecuadorians had congregated on the west coast in Los Angeles. While most Ecuadorian migration to the United States was concentrated in the east coast, Los Angeles has also had a strong and substantial Ecuadorian community for many years.

Every summer the Los Angeles Ecuadorian Festival and Parade takes place. Here residents of Los Angeles can learn about authentic Ecuadorian culture and join in with the traditional dancing, wonderful Ecuadorian food and vibrant parade outfits. In 2018, 10,000 Ecuadorians gather on this day to celebrate their countries virtues and share their culture with people from other nationalities.

How do I become a US resident from Ecuador?

Ecuadorian immigration to the US has accelerated in recent years. Since 2000, the Ecuadorian-origin population has increased 174%, growing from 270,000 to 738,000 over the period. Equally during the same period the Ecuadorian foreign-born population living in the U.S. has grown by 109%. Many of these Ecuardorians will have become US residents and over the years will have begun to call the United States home. So how do you become a US resident?

There are several ways to become a US resident including a petition from an employer, marriage to a U.S. citizen, sponsorship by a close relative who is a U.S. citizen or legal permanent residence, or via the U.S. Department of State diversity lottery program.

How can Small World help?

If you’ve just moved to the United States then you may want to send money back home to your family and friends. You can do this quickly, easily and securely with Small World.