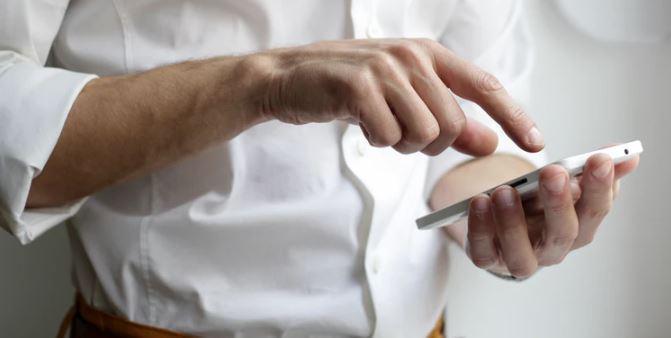 Privacy is a jewel in the crown of any country’s legal infrastructure, yet it seems to have lost its glitter, solely due to the blatant misuse of technology. Ever since the Buckingham Palace has confirmed that the Duke and Duchess of Sussex have sued The Sun and The Daily Mirror, London has been quite restless. Prince Harry, following his recent declaration, has filed petitions for telephone hacking, against the two media honchos.

Although this isn’t the first time that a celebrity has sought a legal remedy for an invasion of privacy, this move by a Royal is the first of its kind. This bold move by the hot-headed Royal has come as a surprise with no clear details about incidents that have been referred to in the petition, except for the revelation that this has something to do with “illegal interception of calls”. While the details are yet to be rolled out, let us take a quick peep into what telephone hacking is and how you can prevent it.

What is Telephone Hacking?

In the past couple of decades, telecommunication and digital technologies have rapidly evolved. While that happens to be a good thing as it enables quick communication, it has its downsides too. The most dreaded one is telephone hacking, which refers to unauthorized access by a third person other than the phone owner.

While the analog phones were intercepted using scanners, the present-day smartphones are even more susceptible to security breaches. A casual download or click on a malicious link could, in fact, provide absolute access to the hacker, giving away the details of the target’s personal communication and social media, as well. Let us now discuss how telephone hacking takes place and what you can do about it.

How Are Telephones Hacked?

There is a market for everything, straight from customer database to credit card details, which are sold on the dark web by cybercriminals. Hackers procure this data in several ways, which could be by targeting someone specific, or by launching random attacks. Also, someone who knows you well and also shares access to your phone can install a third party application and monitor your phone. This works more or less like the parental control apps which let parents keep a tab on what their kids are doing. While that may not be as harmful as an unknown person accessing your personal details, it is still a breach of your privacy. Let us now discuss some of the most common ways in which telephone hacking takes place.

If someone’s really keen on extracting your personal information, then he may do so by setting up a free WiFi. Just imagine, you walk into a café and make use of the free WiFi connection, which is aptly named after the café. For all you know, it could be a telephone hacking attempt made by a third person who set up the hotspot, by renaming it. Most people are unaware that by using a free WiFi connection, they end up exposing all of their unencrypted data to the administrator.

How to Prevent Telephone Hacking?

While celebrities have to deal with protecting their reputation, the common man needs to combat telephone hackers and stop them from breaking into their bank accounts. In most cases, it’s not easy to detect whether your phone has been hacked. However, there are certain indications such as the phone slowing down, battery draining faster than it should, abnormally high data consumption, sudden pop-ups, and suspicious activity on linked devices.

So if you experience one or more of those indications, consider downloading and installing a reliable security application on your mobile phone. Also using a VPN connection to mask your IP while using third-party video streaming apps, would help protect your privacy. Let us now discuss how you can protect your financial information to a greater extent.

At all times, you must look for websites that run on the HTTPS protocol, if you want to keep your data secure. The HTTPS protocol enables secure communication between the client and the server, by using encryption and decryption keys. An easy way to protect your data is by making online payments only through websites that have an SSL certificate. This indicates secure encryption of the data exchanged, which limits cybercriminals from accessing it.

Always make it a point to transact through reliable intermediaries that fully comply with security norms such as the Payment Services Directive (PSD2), which is a major reform. Small World is fully compliant with PSD 2 and maintains the highest security standards to safeguard the financial accounts of its clients.

Don’t Save Your Banking or Card Details

With so many online shopping websites and online subscription-based services, it’s pretty common for users to save their credit card details on the website. Now, this could prove to be dangerous as you are risking your financial details by letting another person handle its security. So, tedious as it may seem, consider typing the card details each time you make payment.

For those who have trusted technology and transacted without adopting adequate security measures, Prince Harry’s claim of telephone hacking should be a strong reminder. After all, technology has never been secure and if someone really wants to access your information, they can.

The only way to avoid that is by being aware of the possible dangers, and implementing the necessary security measures.