Technological Trends and its Impact on Global Economy 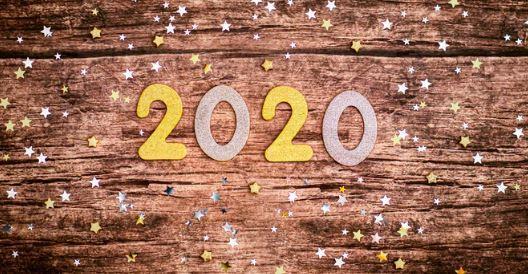 The year 2019 concludes as authorities across the globe combat serious political and economic issues such as impeachment in the US, corporate taxes in Ireland, taxes levied on tech giants in France and more. With that said, the year 2020 is likely to be much more eventful than the one we have just been through.

As we move into the year 2020, the IT sector is all set to transform businesses across the globe with cutting-edge technologies and inventions. So, you can be sure that there are quite a few pleasant surprises in store. Here’s a quick round-up on the latest technological trends in 2020 that has the potential to disrupt the global economy.

The Internet gets Smarter with 5G

Now that sort of lightning-fast speed is going to let you quickly connect your phone to your smart car, smart home, and everything that can be connected and operated through the internet. So that lays the foundation for faster connectivity and data transfer, which could considerably boost the IoT technology.

Tesla cars are known for its autopilot functionalities and several other safety features that come with it. A few to mention include lane changing, parking assistance and automatic application of brakes when danger is detected. However, what Tesla currently seems to be working on goes far beyond the present-day driver-assistance features. Elon Musk is currently focused on rolling out a completely autonomous, self-driven car in the year 2020. This could change the way people commute and would revolutionize the transport and logistics industry. The only thing that could hold this back is the transport and motor vehicle laws and regulations, which differ from one country to another. However, this invention could cause loss of jobs, which isn’t good news for cabbies and professional drivers, but that is only possible if this technology is made available at reasonable prices.

Increase in the number of Delivery Robots

In 2020, a higher number of doorstep deliveries would be made through dispatch robots. Although thousands of deliveries have already been successfully executed by Amazon’s robots in Milton Keynes, a town in England, this technology was successful largely because the robots could easily make their way through the many underpasses and overpasses in Milton Keynes. In 2020, the robots are going to be much more efficient and would cater to several other regions. So, no matter where you live, you may soon have one of these robots coming in and delivering the packages to your doorstep.

With Amazon and Alibaba working on their very own delivery robots, there are also others such as Marble, BoxBot, Nuro, Robby and several others, that are fully capable of delivering packages and handling other similar tasks. These other delivery robots may be hired by other smaller businesses, in order to reduce their long-term costs. Another industry that is likely to layoff several employees is the food and restaurant industry. In fact, you may soon have Deli, the robot delivering food to your table, while you sit and chat with your buddies in a food court. Also, the popular Domino’s is busy developing its own army of robots to do their bidding. All of this is going to deeply impact the economy and may even result in mass unemployment.

Computer Vision refers to the technology that enables the computer to “see and identify” objects as humans do. Although this technology is already being used in some parts of the world, it is still considered to be erratic and flawed. However, in 2020 this technology is going to prove its accuracy and evolve as one that can be widely used for safety as well as security purposes.

Currently, Didi, a Chinese taxi-service provider makes use of computer vision both for security purposes and for accounting convenience. Didi makes use of this technology for the identification of taxi drivers and to bill them. However, in the near future, it may be used to identify criminals and to curb their movement. Another example of computer vision is the chain of eighteen Amazon Go stores and there are more to come in 2020. In fact, we are going to see more of this technology in the retail segment than ever before, which is evident after the grand success of Amazon Go, the unmanned convenience store by Amazon.

Besides technology, the year 2020 is about to witness a massive upsurge in predictive precision medicine, which refers to custom-designed medication. Each of us is different from the other and has a unique DNA, so the same dosage and medication may not be the most effective. Therefore, a form of science known as predictive precision medicine has evolved, which refers to a treatment designed for an individual based on his or her genetics, individual lifestyle and the surrounding environment. In 2020, there is going to be an enormous increase in this form of science which goes deeper, both in terms of detailed diagnosis and in treating illnesses.

As you may have figured out, the year 2020 is all set to unlock a host of surprises, some pleasant and others that need to be pondered upon. Therefore, it is unavoidable to save up as much as you can and invest it in the right places. If you are an immigrant, this becomes even more important and the best place to invest in would be your homeland. If you wish to start doing that before technology disrupts the global economy, consider making use of Small World to transfer money overseas. By doing that, you can benefit from its low transaction fee and real-time exchange rates. After all, a penny saved is a penny earned.