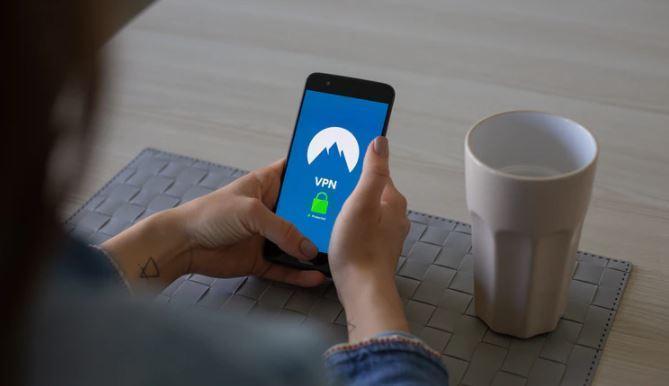 Mobile phone security breaches are the most rampant, something that even Zynga, the popular gaming application developing company could not escape. If you are even remotely interested in cybersecurity news, then you must have heard of the two mobile phone security breaches — Jeff Bezos’ iPhone hack which led to a $38 Billion divorce and Zynga’s data theft that compromised the data of over 170 million users.

A Snapshot of Jeff Bezos and his iPhone security breach

Ever since the personal data of Amazon’s Chief Jeff Bezos was leaked, mobile phone security has become one of the top security concerns. Bezos had reportedly received a malicious link from the Crown Prince of Saudi Arabia, which caused the breach. However, it is unknown whether the Crown Prince was aware of the malware in the link while forwarding the same to Bezos, which subsequently resulted in his divorce.

In this breach, personal details such as email IDs, phone numbers, etc… were stolen by cybercriminals. Also, the passwords of close to 7 million users were exposed by the miscreants. Therefore, we consider it our duty to inform and educate you about mobile phone security. So, if you have been worried sick about your personal data, then here are some useful tips that can help prevent mobile phone security breaches.

Why should you ensure Mobile Phone Security?

According to reports, one out of every 36 mobile devices contains one or more high-risk applications installed in it. Cybercriminals create certain malicious applications and upload them on app stores to target unsuspecting users. At times, these cybercriminals do not create a new app but insert malicious code into an existing mobile application, which happened in the case of Zynga’s gaming applications.

However, there have also been instances wherein an OS update that was digitally signed by Asus, turned out to be malicious. No matter which mobile phone security concern has got you worried, we shall now help you fix it before its too late. Let us now discuss some of the most common factors that can influence mobile phone security.

Until the Asus update, there was nothing safer than a digitally signed OS update, but cybercriminals have changed that perception. So, whenever an OS update is released, avoid installing it immediately. Instead, dig deeper into the issues that the update claims to address and wait for a while. If there is a problem with it, then someone might report the bug and the security team would stabilize the update.

You may have heard of the adage — Slow and steady wins the race — this is absolutely true in the case of OS updates. However, if you have downloaded a faulty OS update, consider backing up your data and reverting to your phone’s factory settings. You can do this by navigating to your phone’s settings and hitting the ‘Reset to Factory Mode’ option. However, this would revert all your applications to the Factory version, so make sure to backup your data before reverting.

Installing an antivirus toprotect your data is a time-tested mobile phone security measure. Most people undermine the power of an antivirus, which can be easily installed on their mobile phones. However, you must regularly update your antivirus, as new threats are identified and updated almost every single day.

Reputed cybersecurity companies like Norton, Symantec and Kaspersky rolls out regular updates to keep your devices safe. So, if you use a smartphone, make it a point to have an antivirus in your phone and install regular updates.

Be careful about the links

Most people use WhatsApp and other chat engines to exchange third-party links, which may or may not be safe. This may have been the case when a malicious link was forwarded to Jeff Bezos by Mohammad- Bin-Salman. However, we do not know if the Crown Prince of Saudi Arabia innocently forwarded a malicious link to Bezos or was it pre-planned.

If your privacy is dear to you, then you must be extremely cautious about the links that you click on. Malicious third-party links could transfer control to an external server. This is precisely what may have happened with Jeff Bezos, if it was indeed a malicious link that caused the leak.

Public WiFi makes it convenient for you to communicate when you are in public places. However, Public WiFis are the number one reason for Man-in-the-middle attacks because every request that you send, reaches someone else before the server receives it. So, even if you use public WiFis, avoid the exchange of sensitive data.

Apple prioritizes mobile phone security over everything else, but most people end up exposing themselves to mobile security threats by jailbreaking. A similar action performed on Android phones is called Rooting. Although this allows you to use other applications, jailbreaking and rooting messes up the pre-existing security measures on the phone.

Mobile devices play a significant role in our lives as we depend on it for almost everything — from phone banking to booking a cab. Small World knows how important mobile security is for our customers and therefore we remain GDPR and PCI compliant. So, our customers need not bother about their mobile phone security. Just make it a point to follow the above-mentioned mobile phone security measures, and that can help you protect your data considerably.