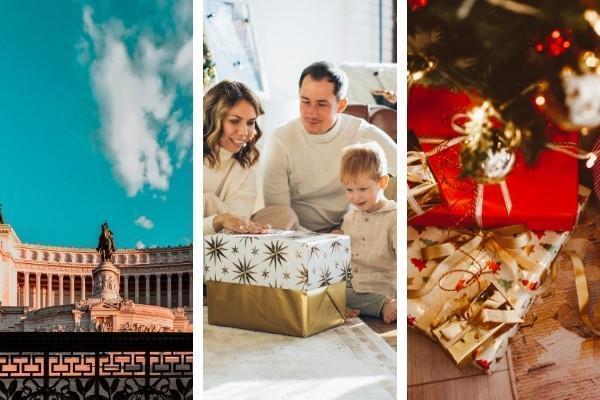 Are you excited for Christmas? Wherever you are in the world the end of the year will probably be very busy with festive celebrations. For many countries around the world Christmas is the biggest and most important festive and religious celebration.

For Spanish speaking countries Christmas is especially important because, as in most countries that have been influenced by Spain, Christianity is the dominant religion. But Christmas traditions differ from country to country. And although Spanish is spoken in Peru, Mexico and Colombia they all celebrate Christmas with different traditions.

In this post we’re going to be exploring how Spanish and Hispanic Christmas traditions compare by looking the Christmas customs of a number of countries, including:

If you want to celebrate in style, Spain is one of the most exciting countries to visit around Christmas time. Spain has a long and rich cultural history tied to Christmas celebrations, traditions and customs. They are a deeply religious country, with over 60% of Spain identifying as Roman Catholic and celebrate Christmas in a number of meaningful ways.

Here are three of the most common Spanish Christmas Traditions:

Let’s take a look at some Hispanic Christmas traditions:

Christmas in Mexico is wonderful and is observed from December 12th to January 6th. Like Spain, the arrival of Three Wise Men plays a central role in Christmas celebrations. However, unlike Spain, Mexican’s kick off their Christmas seasons celebrating the Mexican patron Saint at the Feast of the Virgin of Guadalupe.

From December 12th to the 24th, Mexican’s take part in a series of parties and a procession called Las Posadas. In traditional versions of these celebrations, children play the roles of Mary and Joseph in the nativity as the rest of the procession carry candles and lanterns.

Christmas celebrations in Venezuela get underway with a bang. Fireworks fill the sky at the end of December and the beginning of January. Traditionally, people go to Midnight Mass (Misas de Aguinaldo) in the days before Christmas. They also enjoy traditional Christmas foods such as ‘Hallacas’ which is a mixture of pork, beef, chicken, raisins, capers and olives that are wrapped in plantain leaves and tied up with string.

Interestingly, in Caracas, the capital of Venezuela, there is a tradition of people roller skating to the church services in the morning between the 16th December and the 24th December. The roads are closed to traffic and the people are free to skate and enjoy the Christmas spirit.

Peru is another largely Christian nation, with around 74% of the population identifying as Christian. As a result, many of the religious Christmas events celebrated in Spain and countries across South America are also celebrated in Peru.

In the Peruvian nativity scenes, called ‘pesebre’ or ‘nacimientos’, you will likely see native Peruvian animals like alpacas and llamas featured alongside Mary, Joseph and Baby Jesus.

The main celebrations take place on Christmas Eve which is called ‘Noche Buena’. People across the country will go to a special church service called Misa de Gallo (Rooster Mass) which starts at 10pm. After the service the family and friends will gather together to enjoy the main Christmas meal (cena de Navidad). The traditional Peruvian dessert after a meal is called panetón.

In Colombia Christmas celebrations start on the 7th of December, a day known as ‘Día de las Velitas’ or ‘Day of the Little Candles’. As you can imagine streets, houses and buildings are decorated with lanterns and candles to signal the beginning of the festive season.

The Feast of the Immaculate Conception is celebrated around the world but is particularly important to the people of Colombia. Similarly, from December 16th until Christmas family and friends come together to pray in gatherings known as ‘novenas’ or Novena de Aguinaldos’ (Christmas Novena).

As in Peru, the main Christmas meal takes place on Christmas Eve. In Colombia the meal is called ‘Cena de Navidad’ and will often feature dishes such as Lechona, Ajiaco Bogotano, Buñuelos, Hojuelas and Arepas. Like in Spain, food is an integral part of the Christmas celebrations and it serves as a fantastic opportunity for family and friends to come together to share stories around the dinner table.

Like in the other Hispanic countries mentioned above, at Christmas time the weather is warm and the streets are full of Catholic celebrations. Unlike those other countries, Christmas Trees are a popular feature of houses and in public places. Christmas Trees are traditionally decorated by the 8th of December.

On Christmas Eve, after they have attended mass and eaten their meal, the people of Argentina will release ‘globos’, little paper decorations with a light inside that float away into the sky and mark the Christmas occasion.

If you want to support your friends and family during the holiday season you may want to transfer money back home. You can do so easily via Small World.

Small World is an international money transfer service that helps people all around the world transfer money overseas. There are a number of ways to support your family and friends. Whether you prefer to send funds at Christmas time via mobile top-up, bank deposit, cash pickup, mobile wallet, home delivery, or cash card reload, Small World has got you covered.