Famous Filipinos: Past and Present 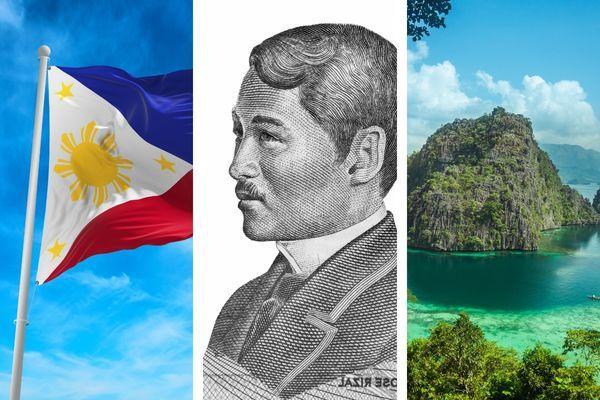 The Philippines is home to many wonderful beaches, thriving cities and beautiful sights. But, when all is said and done, it’s the people that have made the Philippines what it is today.

From revolutionary leaders to world renown sportspeople, from cultural pioneers to famous singers, the Philippines has its fair share of brilliant and remarkable individuals whose names will go down in history. Famous Filipino actors, singers and authors have made great contributions to world culture that are worth highlighting.

Let’s take a look at some people in the Philippines who have excelled in their field, achieved worldwide recognition and shaped the history of the country, including:

Below we’ll be looking at:

José Rizal is considered by most of the country to be the national hero of the Philippines. Born in 1861 and living only 35 years before he was executed by the Spanish colonial government, José Rizal gained recognition as a staunch Filipino nationalist who used his skills as a writer and polymath to advocate for the rights of Filipinos under Spanish rule.

He was a martyr of the Philippine Revolution and is celebrated every year in the Philippines on a national holiday called Rizal Day. He wrote two well-regarded novels Noli me Tángere and El fililbusterismo. The two novels together form a national epic chronicling life in the Philippines at the time. Today there is no greater figure in Filipino history than José Rizal.

Reaching even further back into history, we find María Josefa Gabriela Cariño de Silang. The Filipino military leader, commonly known as Gabriela Silang, is one of the most famous Filipinos of the past because of the role she played as leader of the Ilocano independence movement from Spain.

After her second husband's assassination in 1763 Gabriela Silang took over his role as a leader of the revolutionary. She led her people for four months before she was captured and executed for her beliefs and actions. Similar to José Rizal, her life was cut too short because she championed Illocandia culture and rights and refused to submit to Spanish rule. Today she is remembered as an iconic revolutionary figure and is often referred to as the Joan of Arc of Ilocandia.

Born in 1898, Josefa Madamba Llanes Escoda was a Filipino civic leader that gained fame and recognition for her work campaigning for women’s suffrage. She is also known as the founder of the Girl Scouts of the Philippines and as a World War II heroine who bravely helped the country resist Japanese invaders.

Her rich and varied life was dedicated to public service and to helping those in need around her. She was a beacon of hope for many Filipinos at the time. Today she is commemorated on the Philippines 1,000-Peso banknote and remains one of the most famous Filipinos of the twentieth century.

Most people alive today will have heard of Manny Pacquiao. Nicknamed “PacMan”, the boy from Kibawe, who lived on the streets of Manila as a teenager, is today regarded as one of the greatest professional boxers in the history of the sport. Over his sporting career he won twelve major world titles across a range of weight classes.

After his stellar boxing career Pacquio entered politics and served as Senator of the Philippines from 2016 until June of 2022. Today he is probably the most famous living Filipino and is seen around the world as a boxing icon comparable with the likes of Floyd Mayweather, Mike Tyson and Muhammad Ali.

Maria Lea Carmen Imutan Salonga, known professionally as Lea Salonga, is a famous Filipina singer and actress. Rising to fame at the age of 18 for originating the lead role of Kim in the West End musical Miss Saigon, she has since gone on to become the most famous singer in the Philippines. She was the first Filipino artist to sign with an international record label. In the following years she continued to develop her reputation around the world through her work in musicals and films.

Western audiences will probably recognise her as the singing voice of two iconic Disney Princesses - Mulan and Jasmine. She was the first Asian actress to win a Tony Award and won a Laurence Olivier Award for Best Actress in a Musical when she was only 18. To date, she has performed for six Philippine Presidents and remains an icon of stage and screen around the world.

Melchora Aquino de Ramo, affectionately known as Tandang Sora, earned the title of ‘Mother of Revolution’ because of the role she played to protect revolutionaries fighting against Spanish rule. She also earned this name because of her age at the time of the revolution. She was born in 1812 and ended up living until she was 107, only passing away in 1919.

During her life she saw many waves of change sweep across the Philippines. Today she is one of the most significant figures in Filipino history and was the first Filipina to appear on a Philippine peso banknote.

These famous Filipinos have achieved international recognition and many great things through hard work and perseverance. Whether they have pursued a life on the stage or in the political chambers their unique abilities have made them famous across the Philippines. Their names will continue to ring throughout the future of the Philippines even as many more celebrated and talented Filipinos emerge.

Transfer Money to the Philippines