What currency does the Dominican Republic use? 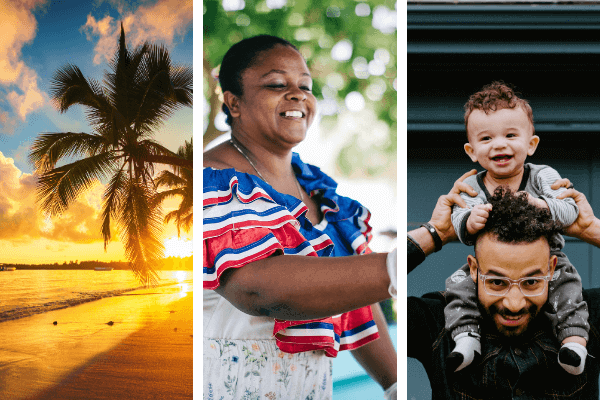 Perhaps when you think about the Dominican Republic, you think of its gorgeous beaches. But, the Dominican Republic is far more than just beautiful landscapes to those who live there. The country - the eastern-most part of the Caribbean Island, Hispaniola - is a uniquely vibrant mix of cultural influences with its community at its heart.

A big part of the country is its economy and the opportunities that come with its currency. So, let's dive into the Dominican Republic currency, its history, and explore the positive impact it has had on its community.

Here we take a look at:

The main currency of the Dominican Republic

The currency of the Dominican Republic is the Dominican peso, or peso dominicano in Spanish. It's recognised internationally by the code DOP.

Here are three quick facts about the Dominican peso:

The unique history of the DOP

The history of the Dominican Republic, as well as its currency, is one that Dominicans living at home or abroad are proud of.  As the gateway to the Caribbean it became a central trading point for the New World and over the next 400 years came under Haitian, Spanish and French rule.

However, in 1838 a secret society called La Trinitaria, made up of a small group of Spanish-speaking intellectuals from Santo Domingo took power. Pedro Santana, one of the leaders in the revolution, became the first president of the Dominican Republic and it officially became the nation we know today on 27th February 1844.

Before 1844, the currency used in the Dominican Republic was the Haitian gourde. But a new nation needed a new currency. The Dominican franco was introduced in 1891. It circulated until 1897 but never managed to replace the Dominican peso.

In 1905 it also became common practice to accept the USD, and this became a symbol of the country's connection to the US.

Nowadays, banknotes are made of cotton and they are available in denominations starting at $20 up to $2,000. For security, all notes are watermarked with a three-dimensional image of Juan Pablo Duarte - known as the Father of Dominican Independence - on the front and back. Interestingly enough, they also have a glossy stripe on the back, which appears golden when the note is placed on a surface but disappears when the position of the note is changed. Some call it magic, we call it innovation.

While the Punta Cana currency may be small, Dominicans, perhaps like yourself, will know that it has played a massive role in the country's development.

Building on its powerful history, the Dominican Republic is moving up on the world's economic stage. According to the World Bank, the past 25 years have been a period of strong economic growth. It's one of the fastest-growing economies in the Latin America and Caribbean region.

Between 2015 and 2019 the economy of Dominican Republic's grew each year by an average of 6.1%. This is due to a range of factors, including: tourism, foreign direct investment, mining revenues, free-trade zones, telecommunications, and, of course, money transfers.

As expected, COVID-19 has had an impact on the country; its economic growth is projected to remain below its potential in both 2021 and 2022. COVID-19 is affecting the country's economy, and one way to battle this is through money transfers and support from Dominicans living abroad.

Exchange rates change constantly and the value of the Dominican peso against the USD and the Euro has varied a lot in the past few years.

Knowing the exchange rate at the time of transfer is probably the most useful piece of information for someone sending money home.

At Small World, we're constantly comparing our exchange rates to those of our competitors to make sure you get the best possible deal.

We know that you work hard for your family, so we work hard to make transferring money to them easy.

The importance of international money transfers

Sending money home is one way to help the economic situation in the Dominican Republic. It also shows appreciation for your family and your community, even if you're not able to be there in person.

Your money transfers have the potential to:

How to send money home

With Small World, you have many different options of sending money securely and safely.

You can choose the way that works best for you and your loved one. Whether it's sending money to be picked up as cash from over 2,000 locations in the Dominican Republic or sent directly to a bank account, we will have the right method for you.

Your first online transfer is fee free, and it's quick and easy to get started.

Our partners in the Dominican Republic are: Banco BHD León, Banco Unión and Ban Reservas.

Send money to The Dominican Republic